About Theatre for Young Spectators, Khabarovsk 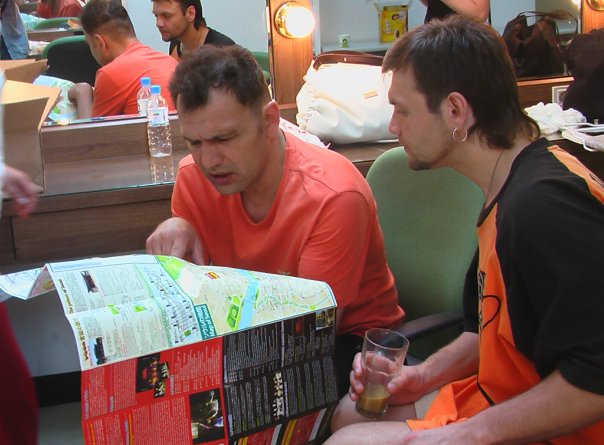 Theatre for Young Spectators was opened 11 June 1944. The first production was ‘The Siege of Leyden’, based on I.Shtock.

The theater educates and makes the young audience happy for more than 75 years. During this time the Theatre performed approximately 400 shows by contemporary playwrights, both Russian and foreign classics.

At different times various directors produced a range of shows in the theater, including directors such us: A. Kalinin, N. Noskov, A. Nikitin, A. Baltrushaitis, V. Demin, V. Shavrin, A. Rybakov, F. Berman, S. Tayushev, A. Shelygin, B. Sorvin, V. Parshukov, V. Gogolkov, N. Ferentseva.

The creative staff of the theatre contains a unique combination of experience and young initiative. The team of the theatre is a team of like-minded people, gifted and passionate about their profession.

In November 2010, the theater’s production ‘Little Kid’ was nominated for the most prestigious national theatre award the "Golden Mask".

In December 2010 the producer's group (K. Kuchikin, N. Ferentseva, A. Nepomnyashchii, O. Kozorez, A. Novikov (posthumously) of the production ‘Fairytale about the Golden Cockerel’ by A. Pushkin was awarded Russian Government Prize in the field of culture.